Georgia is ONE! I knew it was coming but I sure miss having a little baby around. Georgia is such a fun, sweet little girl. She loves fruit snacks, fruit loops, and our Iphones! She sleeps all night but wakes up ready to go with a smile! I guess having 2 older sisters has given her that extra motivation to get up and go since she skipped over crawling and went straight into walking. She did learn to crawl the stairs but the crawling stopped there.

I remember waiting to hear what her little voice was going to sound like and now she talks all the time. She is constantly looking back at me to make sure I’m watching her every move. She loves doing new things and I can appreciate her not wanting me to miss anything. She will just yell “Mom” (even if I’m already watching her) to get my attention and then she proceeds to do whatever she was going to do, which is usually jumping off of something or doing a roll.

I knew I wanted to do a big birthday party for her first birthday. I didn’t get to do a big party for Lucy when she turned one because she had a broken leg and was in a cast from her calf to her toes. That’s who taught Georgia to jump off of everything! That’s what big sisters are for!

I liked a few different first birthday themes but decided on “One In A Melon” and we did go all out! I delegated one job to Colby. I told him I would do everything else if he made the cornhole boards. And he agreed!!

Colby made them at the fire station following a how-to video. I wasn’t there for the build but I know they had fun burning the wood to seal it. When he got home he pointed out the flaws here and there, which I couldn’t see. He did a great job and we love them!

I had the girls paint them with me and they turned out super cute. I did have my own design planned out ahead of time and bought the little sample paints from Lowe’s. I ordered a set of pink and green bean bags off of Amazon and it really completed the look.

I knew I wanted a main table at the party. Something at the entrance to the house to catch your eye. We have two big rooms at the front door, my office and a sitting room. The sitting room has a big bold wallpaper so I knew I wanted a backdrop with a table to host a time capsule, presents, and a big photo of Georgia. I purchased a photo backdrop holder off of Amazon and decided to drape streamers from it. I got small packs of “fans” for the ends so cover the edges of the backdrop holder. It was a great investment and I plan on using for other themes as well.

We already had the folding table in the garage. I bought a plastic table cover for it. I also bought two table skirts and cut one of them into two foot sections and then had my 11 year old cut watermelon seeds out of construction paper. We put the table in front of the streamers and it was so perfect!

I tried to have my girls help with as much as possible. I gave Elodie the job of painting the letters O N E to look like watermelons. We went to hobby lobby and bought paint and letters and I let her do whatever designs she wanted to.

We were busy with life while planning the party so I opted to get snack boards from our local HEB grocery store and a tray of nuggets from Chick-Fil-A. I also got bags of chips and Goldfish and put them in big plastic totes for the kids. We had watermelon flavored Sparkling Water from HEB and Bud Light watermelon-ritas for adults. I really didn’t spend much time cooking for this party and honestly, it was a nice break!

The cake table was a dessert table, complete with every watermelon flavored candy I could find. We decorated the kitchen table with the same table cover, skirts and seeds as the present table.

I was so excited when it was time to sing Happy Birthday!

Georgia’s highchair is aqua and grey. I knew it would be in the background of the smash cake photos so I wanted to cover it somehow.

We went to Hobby Lobby to look at fabric. It took two trips to find the right fit. There was lots of “picnic fabric with ants and watermelon,” not what we wanted. The second time we went they had just gotten a new roll of red fabric with black seeds. It was simple and perfect. I bought two yards. We took Georgia’s high chair cover off and used it as a stencil. We traced the outline of it with an extra inch or so on the outside to allow for stitching room. We cut it out and sandwiched them front to front so the backside was showing on each side.

We sewed the edges. and left the bottom part slightly open to slide the whole high chair cover inside the new cover!

This was probably the project that seemed like it would be difficult but it really only took 20 minutes to complete. One of my friends offered to make the highchair tray “tutu.” I looked at buying them online and they are so expensive. I was talking about it with her and she had the best idea of offering to make it as her gift! I loved that idea! Mallory did an excellent job! I took measurements of our tray and she went to work! I wanted to set up the highchair on display in the bigger part of the living room/kitchen walkway. I found a round watermelon beach towel on Amazon and got that to put the high chair on. It was so perfect (and we still use it at the pool now).

We sang Happy Birthday and waited for her to dive in. She went head first! She’s never been one to like getting dirty so I wasn’t surprised! She loved the cake! She was so happy to have all the attention on her!

The kids played in an inflatable moon bounce with a big slide in the back yard and we had the watermelon cornhole set up in the front yard.

A day or two after the party we finally took down the balloons in the house. They would have lasted longer but I was just over seeing them. We took them off their string and put them in the trampoline and the girls played for a long time, until the wind picked up and started taking the balloons.

And just like that, it was over!! She is ONE in a melon! She is so loved by all, especially her sisters! She had a blast and we are all watermelon’d out!! 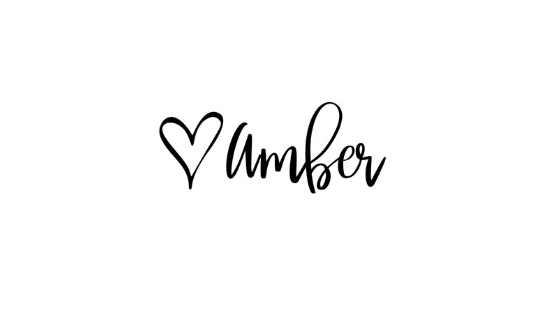